Memorial Day Through the Eyes of a Veterinarian and a Veteran

Today’s post is contributed by one of our professionals, both a veterinarian and U.S. veteran.

I have been blessed to have had a full life with two great daughters and many friends on this and other continents; to have been able to serve the health of animals and their caretakers in the communities in which I have practiced; to have been an active member of law enforcement, churches, fraternal orders and service organizations in a number of parts of this great country. I have done so because I have had the life and FREEDOM to participate. That freedom was bought by the sacrifices of other members of the armed forces, many of whom did not have the opportunities I have had since they didn’t return from service or were returned in flag-draped coffins.

We are “the land of the free and the home of the brave” and it is my hope that as Memorial Day approaches, you will pause for a moment and reflect on those freedoms that we possess that are not available anywhere else on the globe. There are those who are viciously jealous of the United States and who would take those freedoms from us if we let them have the opportunity. As I write this, there are men and women serving “in country” and in their homeland to protect those freedoms from the forces of evil that would violently strip them from us if given the slightest chance.

My Dad served as a skipper of a number of Landing Craft in the Pacific during WWII. He survived the Battle of Midway, Wake Island, the Marianas and others to come back to a teaching career in the inner city schools of northwest Indiana. Few understood why he was such a quietly strong man and why he put up with the educational system as it was…and to which he contributed so much. I think if you will look around at those who have raised their right hands and took the oath “…to defend the Constitution of the United States against all enemies, foreign and domestic…” you will find other men and women quietly serving their communities who have experienced wars and conflicts while wearing the uniforms of the United States armed services. For these silent warriors and to those who have made the ultimate sacrifice for our great country it is my hope that you will remember them on Memorial Day; that you will say a thankful prayer and one for protection of those currently serving.

It is also my hope that you will feel emotion when the Stars and Stripes pass in review, with an understanding what it truly means to be an American.  So, if you’ve served, salute Old Glory as she passes in review. If not, place your hand over your heart in reverence of the freedoms she represents and in recognition of those who served so that you could have those freedoms.  God bless America! 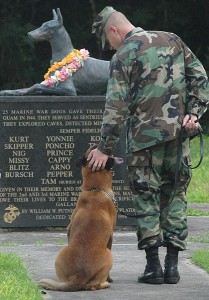